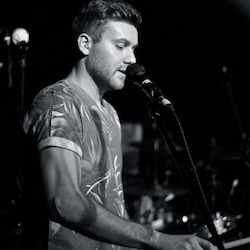 Will has been playing music since the age of 5, and began private lessons learning classical piano. He later on took up playing keyboards which also lead to completing a BA (Hons) in Music Production.

Some of Will’s live experience includes playing at the Radio 1 Big Weekend, Womad Festival & Cheltenham Jazz Festival. He currently tours on keys & percussion and regularly gigs around the UK having played at venues such as Shepherd’s Bush Empire & Ronnie Scotts as well as featuring on TV show ‘Made in Chelsea’.

Will has over 8 years of music leading & teaching experience tutoring privately and running various music workshops around Berkshire and Oxfordshire.

“As a keen and motivated musician and educator, my passion is to help people to develop new skills through different forms of creating music.”