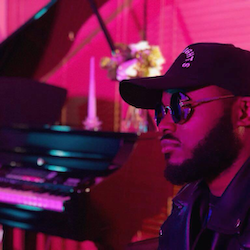 David started playing piano from the age of 14, which was when he moved to the UK. He later progressed to enrolling onto a course at Reading College when he also started playing drums, and then later moved on to university.

Playing in church, function bands (Groove Republic , Sound System, Cru) and various open mic nights across the UK has given David a lot of experience in many different styles of music. This includes rock, pop, gospel, funk, blues, jazz and salsa.

David is also a music producer graduate from Tech Music School and runs his own recording studio (Midnight Produtions) in Reading.

“Music boosted my confidence as I was quite a shy teenager. I felt like I was doing something important and everyone around used to know me as the music guy. I’m looking forward to helping the students at Rock Project get a similar experience to mine.”